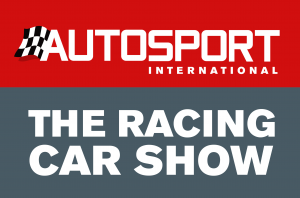 King is proud to be the first in the market to introduce the Subaru FA20 race bearings at the Autosport International show 2016 taking place in Birmingham, January 14-15th 2016 at Engine Parts UK booth #E948. The new FA20 race bearings are designed with all of King’s racing line features including the pMax Black™ unique tri-metal structure, allowing 24% greater load capacity than any other race bearing available.

The Subaru FA boxer engine is the next generation in the evolution of the wildly successful EJ series of engines. While Subaru made many improvements to this generation, some problem areas reveal themselves when pushing the FA20 to its limits.

By incorporating exclusive King features like Elliptix™ oil ingress and 360 degree oil grooves, oil starvation is all but eliminated. Plus, King’s SmartLug™ main bearing design shuts the leakage path and resolves one of the weakest links in a high output FA engines.

The result is a more reliable FA engine that can support higher loads produced in race winning, championship engines.

We are bearing specialists. King Engine Bearings was founded in 1960 with one simple objective: to supply the highest quality bearings available in the marketplace. By specializing in engine bearings, King has built an extensive product offering that includes a wide range of engine bearings for automobiles, light duty and heavy duty trucks, marine, aviation, standby power and many other types of internal combustion engines. Every King bearing utilizes the highest quality materials and the most advanced designs to ensure complete customer satisfaction.