King Engine Bearings has experienced unprecedented growth in bearings sales over the last few years. This has prompted a major expansion of King’s manufacturing and warehousing facility. Much of this growth comes from an increased foothold in the worldwide race market, in addition to sales expansion in OE replacement markets.

This success is due in large part to the innovative materials that King has been bringing to market, as well as advanced bearing design features that were developed by, and remain unique to King.

“Over the past several years King has been working hard to position itself as not only a high tech manufacturer, but also as a leading innovator of bearing design and manufacturing processes,” states King’s VP of Sales & Marketing, Limor DePetro. “These efforts haven’t gone unnoticed, and have led to increased demand and the need to boost output and inventory to meet that demand.”

The facility expansion consists of an increased manufacturing and warehousing footprint of almost 30% over the existing area. This makes room for additional high-speed, fully automated production lines to keep up with demand. It also enables King to expand its production capacity of heavy duty bearings, an increasingly significant portion of King’s market reach.

A new state of the art manufacturing line designed to apply special material coatings has also been added. It will apply coatings with a greater degree of precision than ever before achieved.

The engineering and R&D departments have also increased their square footage and capabilities during this massive expansion of the King facility.

We are bearing specialists. King Engine Bearings was founded in 1960 with one simple objective: to supply the highest quality bearings available in the marketplace. By specializing in engine bearings, King has built an extensive product offering that includes a wide range of engine bearings for automobiles, light duty and heavy duty trucks, marine, aviation, standby power and many other types of internal combustion engines. Every King bearing utilizes the highest quality materials and the most advanced designs to ensure complete customer satisfaction. 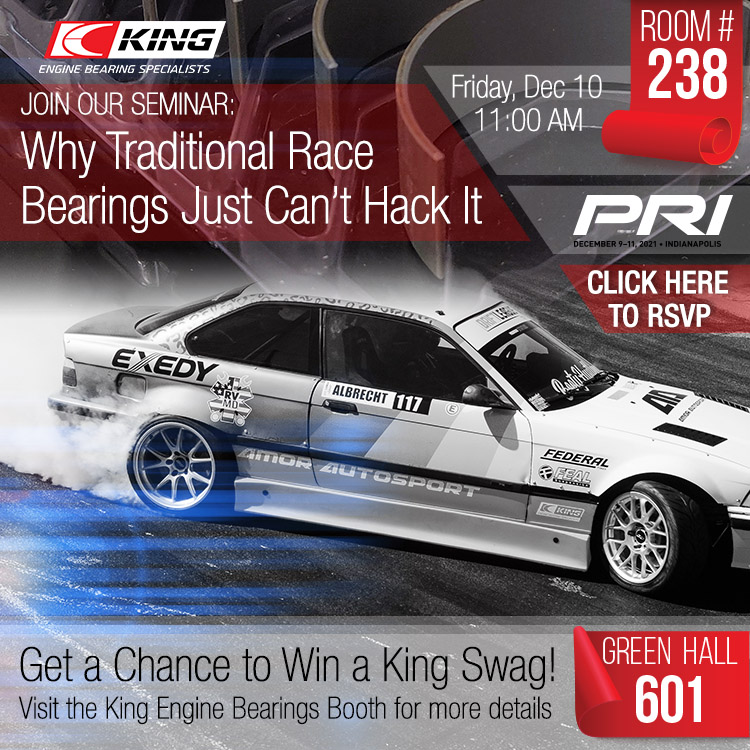